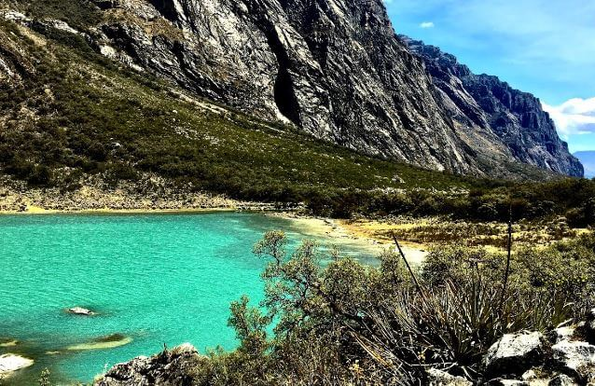 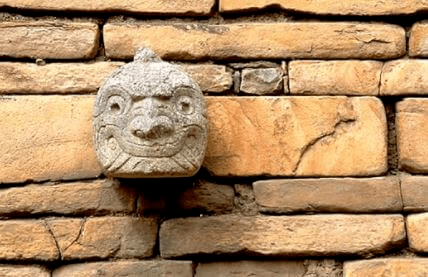 Explore the extensive Pastoruri glacier and its surroundings.
More Information 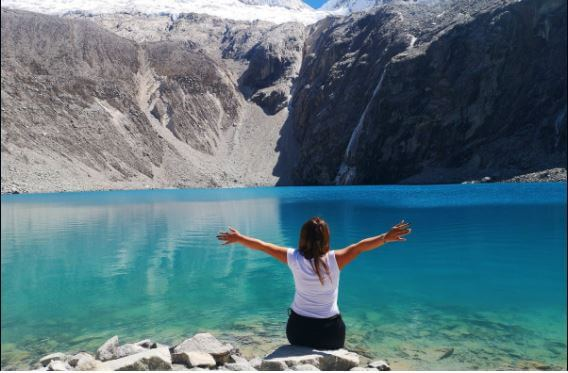 Enjoy a beautiful view when you reach Laguna 69, where you can camp.
More Information 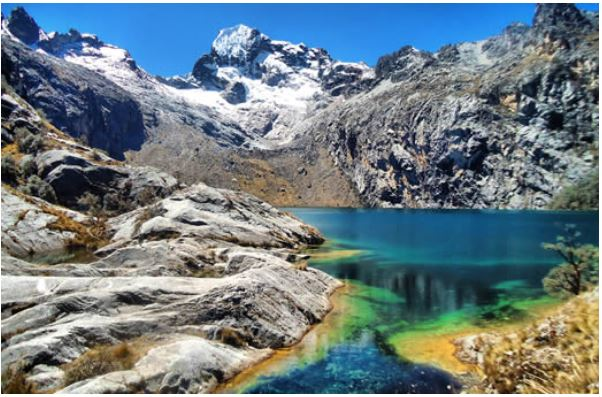 Ancash is flanked by two mountain ranges; in black and white. Its peaks are dominated by Mount Huascarán and they seem to want to touch the sky, and that is what makes this one of the best places on the continent for climbing.
And the history of the people of the region is equally fascinating. Its wonderful towns, which have witnessed natural disasters, are nestled between eucalyptus forests that give way to renowned archaeological sites such as Chavín de Huantar.
Ancash, in the Andes Mountains, is home to the Callejón de Huaylas and Lake Llanganuco, among other wonderful natural attractions.
The magic of the Andes awaits you!

January 18 to 21 "The Virgin of Chinquinquira"
Every January 20 the patronal feast of the Virgen del Rosario de Chiquinquira; is celebrated, in Caraz, Ancash, the night of the eve is celebrated with a mass followed by the night procession through the main streets of the city returning to the temple after 3 hours; followed by it, the popular dance begins to the sound of the band of musicians.
It lasts two days, on January 19 and 20, it begins on the 19th very early with the reception of the delegations of Caracinos that return from the cities of Lima, Chimbote and Trujillo.

March "Holy Week"
Days with various acts to remember the sacrifice of Christ for humanity.
Huaraz has a rich history of traditions linked to faith, it is a very Catholic town with festivities, such as Holy Week. In the month of May with the feast of the Lord of Solitude (Patron of Huaraz.
In the Huaracina idiosyncrasy, the Catholic assumes for 40 days, as a sign of preparation, the path to Holy Week, the "Lent" which is the time of reflection, fasting and altruism, through the sacrament of forgiveness. At Easter, visitors and huaracinos will commemorate with faith and devotion this religious date where the passion, death and resurrection of Christ are remembered.

What are the typical dishes of Ancash?

Foundation February 12, 1821Population 170,000Altitude 3090 maslThe name Huaraz comes from the Quchua word "waraq" or "lucero" in Spanish. Huaraz is the capital of the department of Ancash, located in the heart of Huaylas, it is one of the most important cities in the highlands of Peru.
On January 18, 1823, Huaraz was elevated to the category of city with the title of "La Muy Generosa", for her sacrifice and determined support for the cause of American independence in 1824.
The city of Huaraz is known as the "Capital of International Friendship", after the earthquake of May 31, 1970, which destroyed 95% of the city, where more than 20,000 Huaracinos died. This last title was obtained for concerting the international support that was given to the survivors of the earthquake.
Its economic activity is based on mining, agriculture, livestock and tourism. It is the main center for mountaineers, walkers and travelers.
Huaraz in its urban area has 5 neighborhoods integrated into two districts: Soledad, Belén San Francisco, Huarupampa and Centenario, and expansion areas such as Los Olivos, Pedregal, Nicrupampa, El Milagro, Shancayán and Vichay, it is a modern city with streets and wide avenues, squares and parks that give it the appearance of a modern and comfortable city.