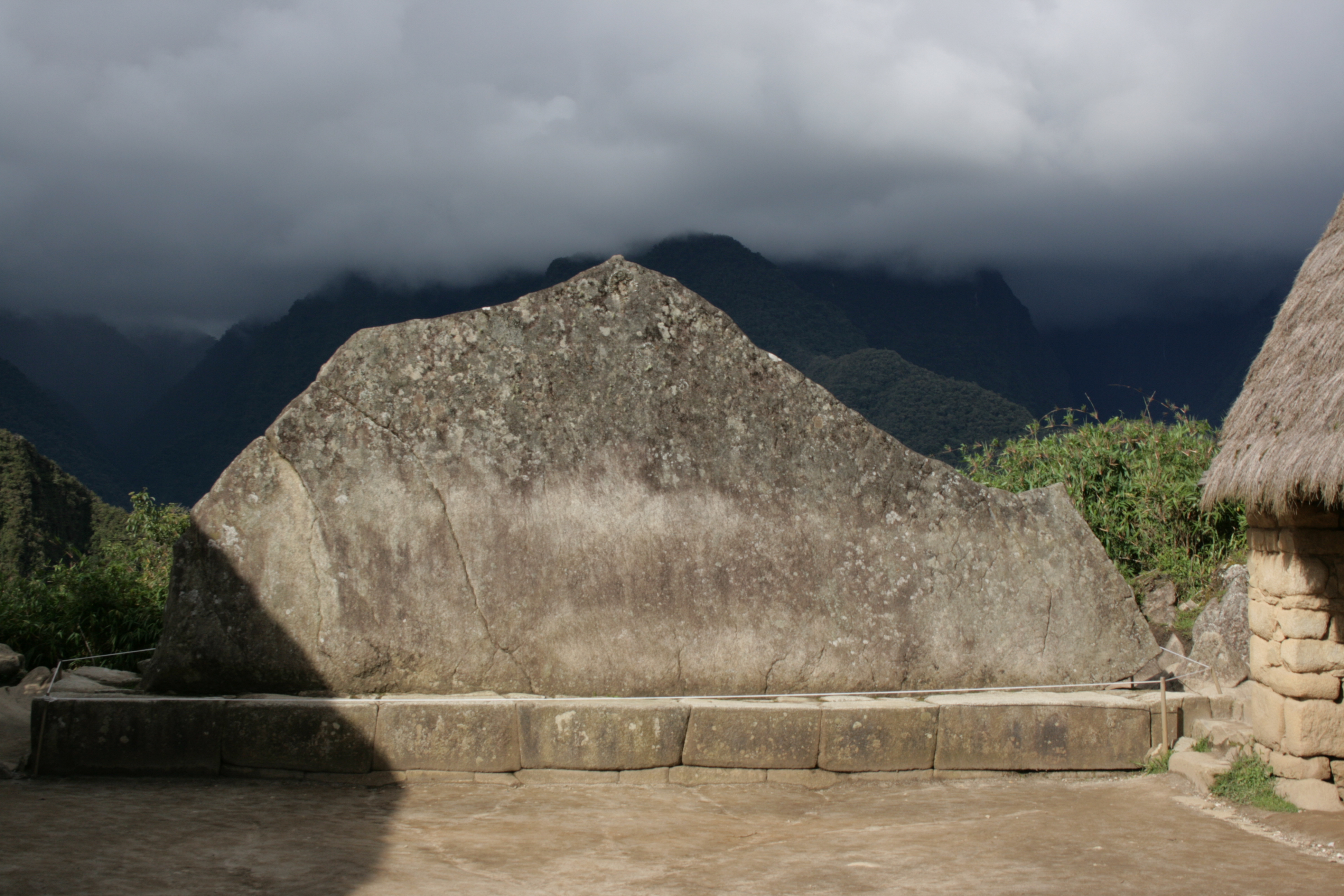 Located in the lower part of the Urban Sector of Machu Picchu, the Sacred Rock (also ominously called a Wanka in Quechua), is a large stone, surrounded by a small low wall. In front of the rock is a large open flat area flanked by 2 open sided shelters. The lithic shelters have been restored by Peru’s Ministry of Culture and now include thatched roofs.

The rock, which some say resembles the shape of the top of the mountains behind it (most noticeably Yanantin Mountain) is a shrine where the Incas carried out special rituals and pachamamas (offerings to the earth). The two shelters were used by the people carrying out the rituals.

The Sacred Rock is a powerful symbol in Machu Picchu, and is recognised as being a spiritual area for meditation and absorbing positive energies.

Rocks similar to this one can be found throughout the region of Cusco, often in agricultural fields. These are also called Wank’a and are considered to be guardians of the land and crops.

When the Spanish arrived in Peru, many of these Wank’a were used to create Catholic churches or sanctuaries, such as the one at Qoyllority. 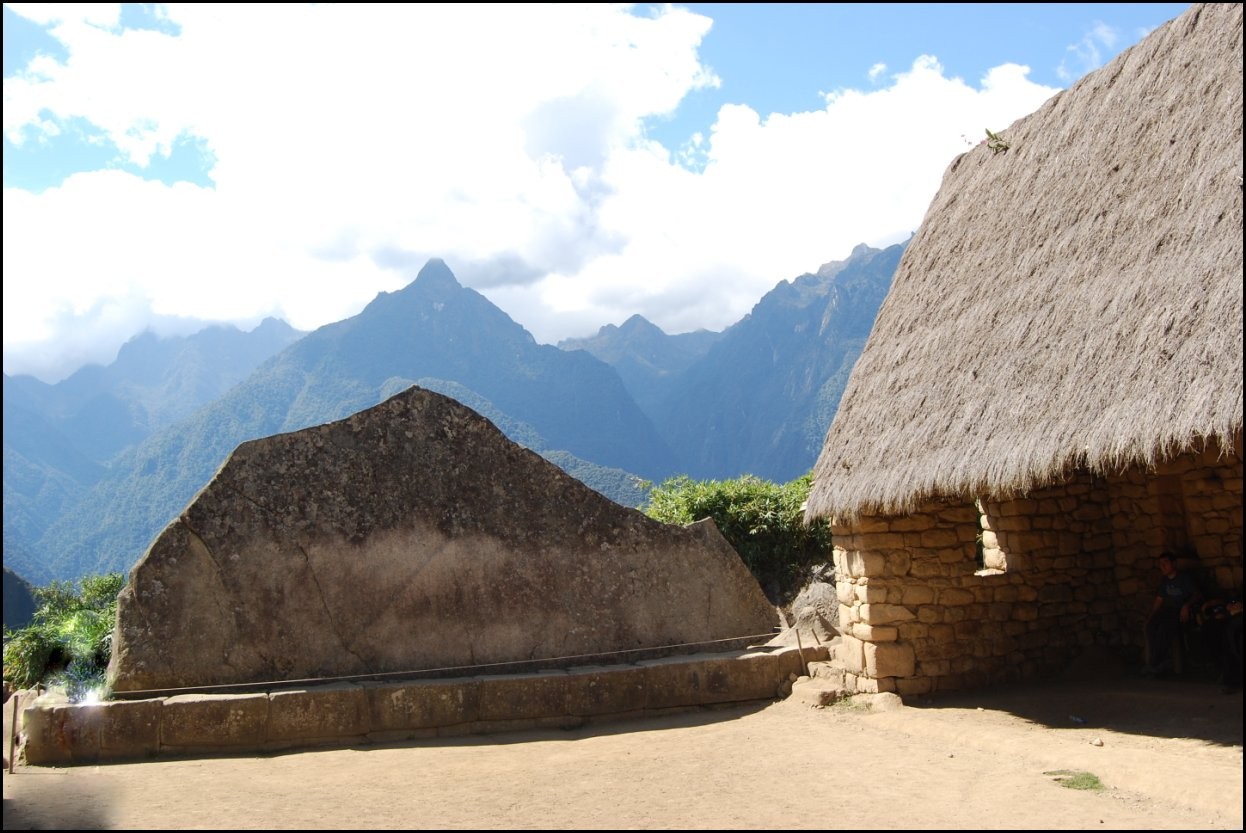 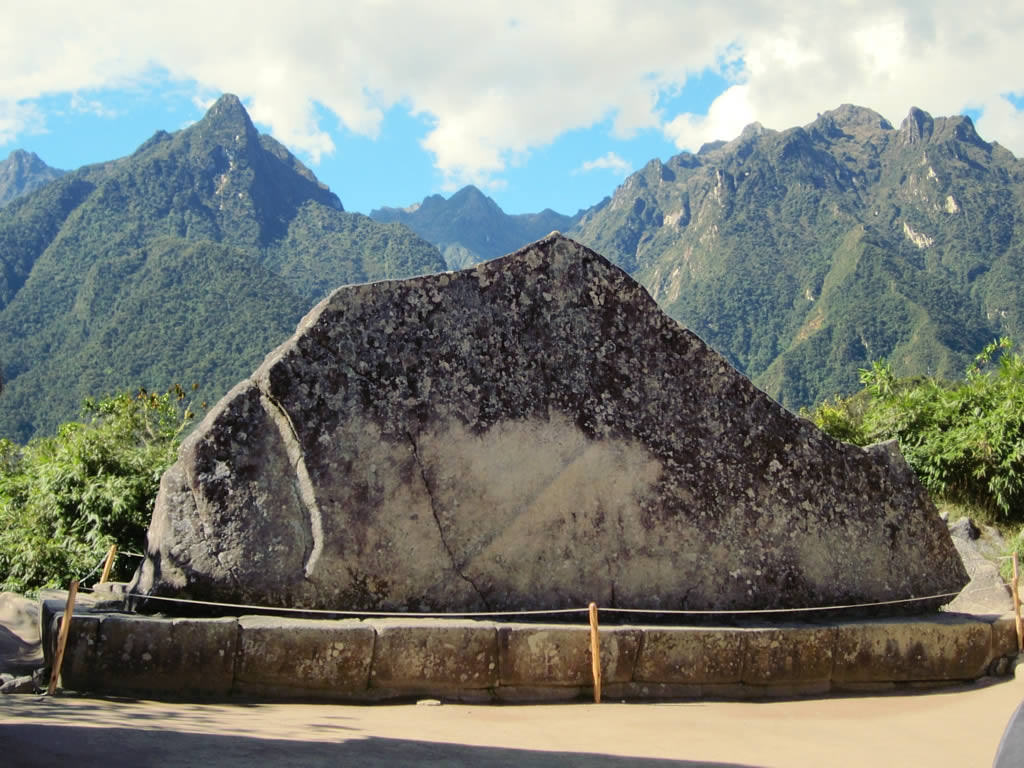 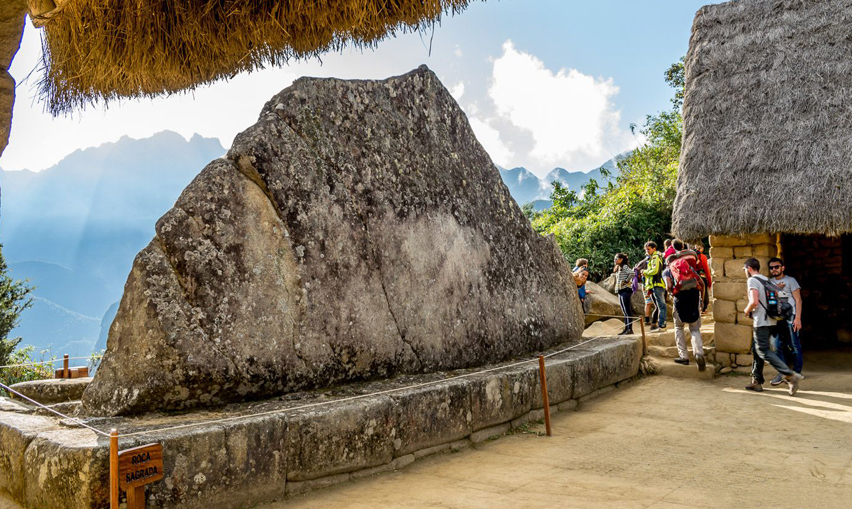