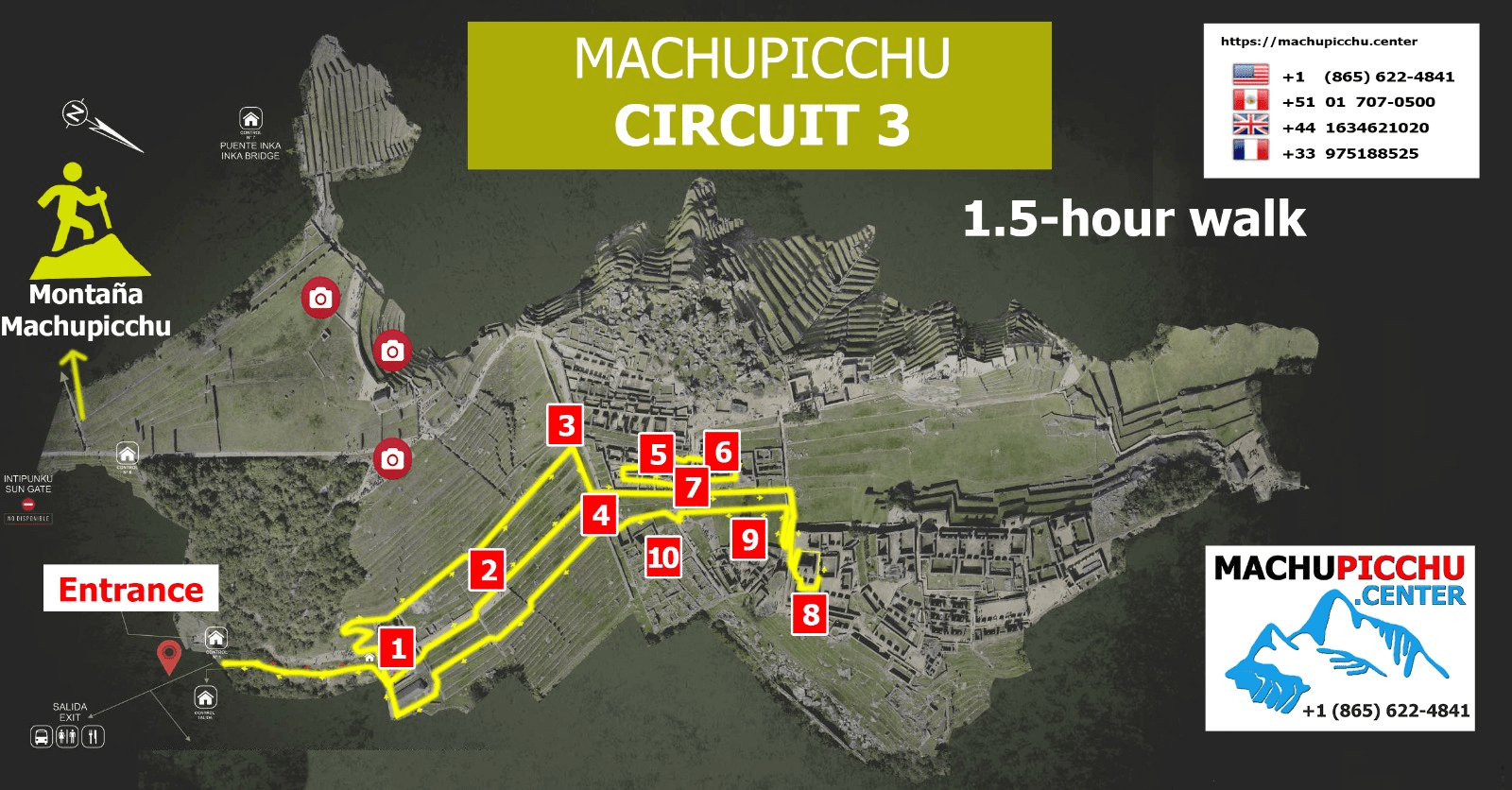 The Inca Store Houses were built to fulfill the function of granaries and warehouses, which were built in a peculiar way, located in a staggered manner on the slopes of the hills. These large warehouses were used to store excess production, such as corn, cereals, dried potatoes or chuño, quinoa, salted meat or chalona, etc. 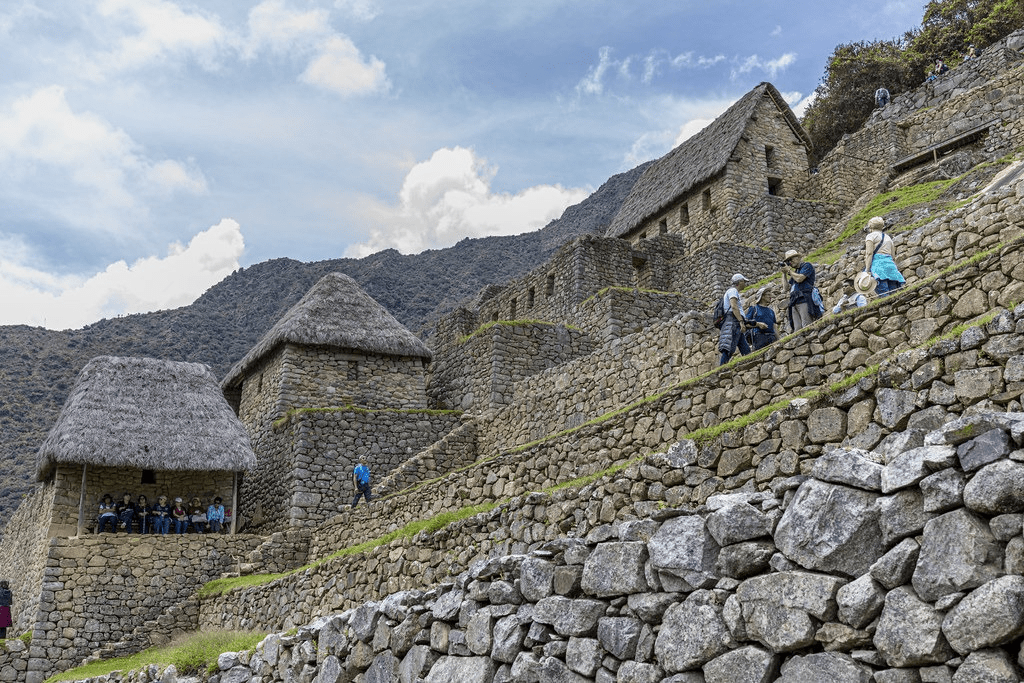 The Agricultural sector is characterized by the presence of cultivation terraces or Andenes, these are structures formed by stone walls of different sizes, with gravel, clay and farmland, which were built to facilitate drainage. 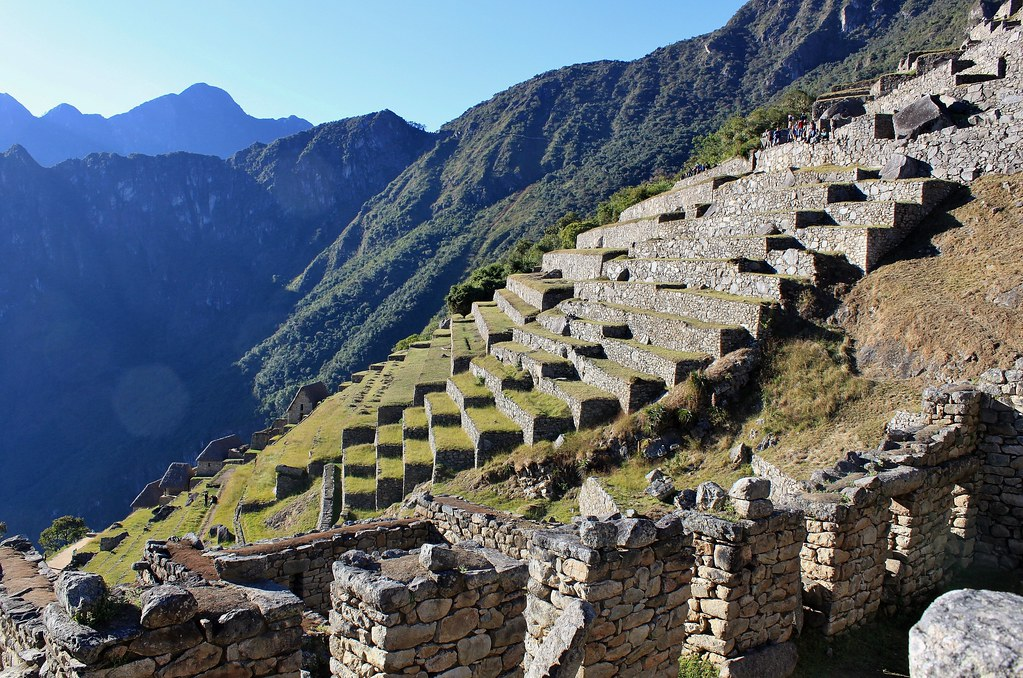 Machu Picchu has excellently worked liturgical fountains, these supplied water to the entire city: it has a huge network of underground irrigation canals built to feed the agricultural terraces that could be protected by the raging waters of the Urubamba River, which the Incas knew as Willkamayu and that it was sacred to them. But they are not the only constructions dedicated to the liquid element. 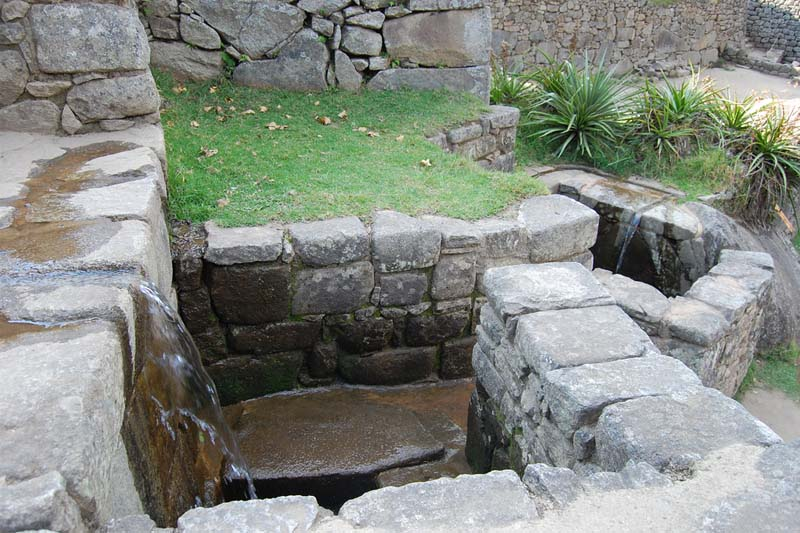 The division between the agrarian and urban areas was marked by the Dry Moat, which would have been a water drainage. It also prevented excessive erosion of the land and contributed to the isolation of the ceremonial sector. 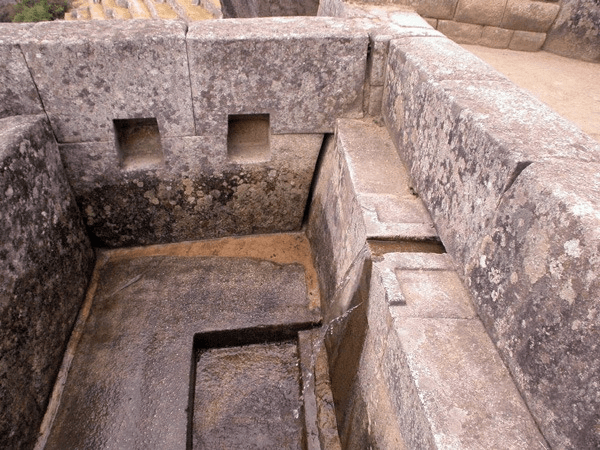 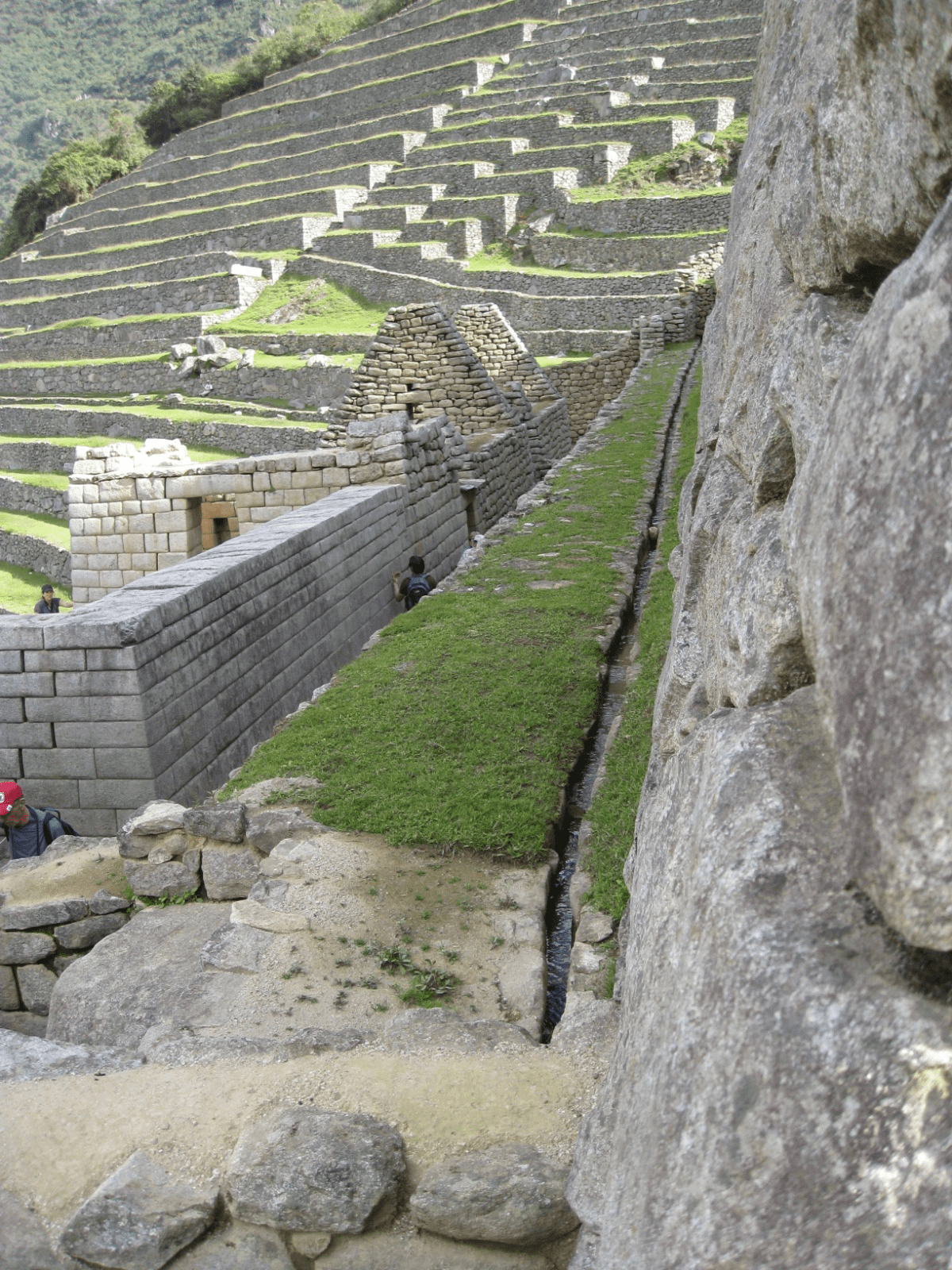 Temple of the Sun

Sun Temple, The temple is one of the best examples of organic architecture in the world and one of the finest in the sites of Machupicchu. The lower level contains a stepped symbol, a lithic sculpture, and trapezoidal niches that were used for ceremonial purposes related to the cult of the dead. In the top level, trapezoidal niches can be found, along with a large carved rock altar and trapezoidal windows that were astronomical observation points. 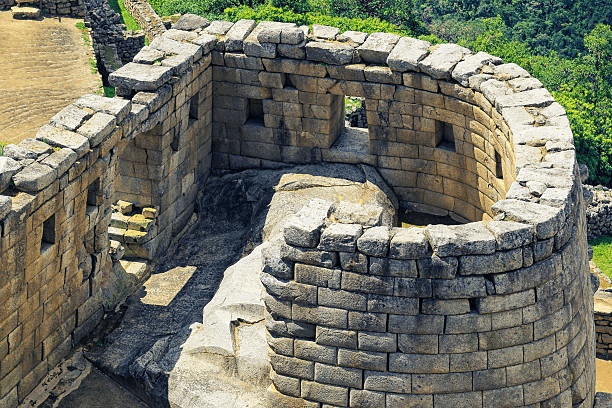 House of the Inca

The House of the Inca in Machu Picchu , is the most elegant construction for domestic use, it has several enclosures. The central courtyard is enclosed by two large, finely finished rooms with beautiful lintels, and two other small three-walled rooms, with evidence of having had a steeply pitched roof. Two small outcrops of granite rock stand out on the floor of the patio, which apparently were used as mortars or grinders. Although others affirm that they were mirrors for astronomical observation. The Apunchiq or Apu Inka of Machu Picchu (representative of the Qhápaq Inka) would have inhabited this house, surrounded by relatives and servants. His room was the south-east enclosure, inside which there is an unusual division, which corresponded to the bathroom (for bathing), since at the base there is a drainage hole. On another of its sides, a low wall rises as a bed, which is why it is called the House of the Inca. 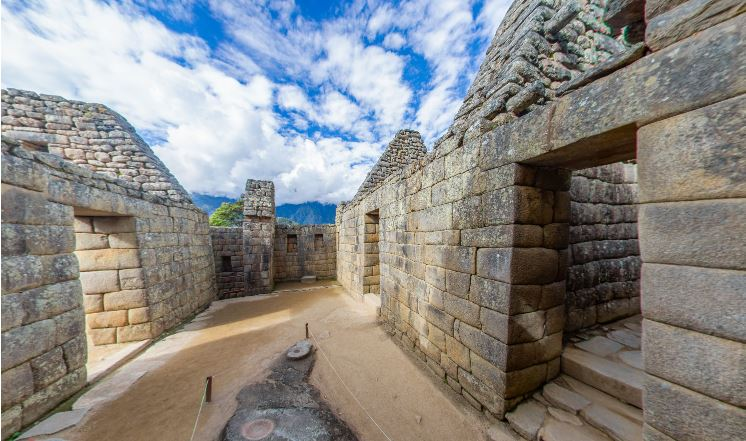 The great citadel of Machu Picchu was a retreat for the Inca himself and he had the site plumbed and drained with great care. A stone canal about a half-mile long brought fresh water from a spring. The Inca emperor had the first use of it, then the water made its way down a series of sixteen other fountains for the rest of the city. His bath water drained off separately to maintain fresh water for all, and the entire city sent its used water off through building walls and other structures into more than 130 drains that nourished their farming terraces. 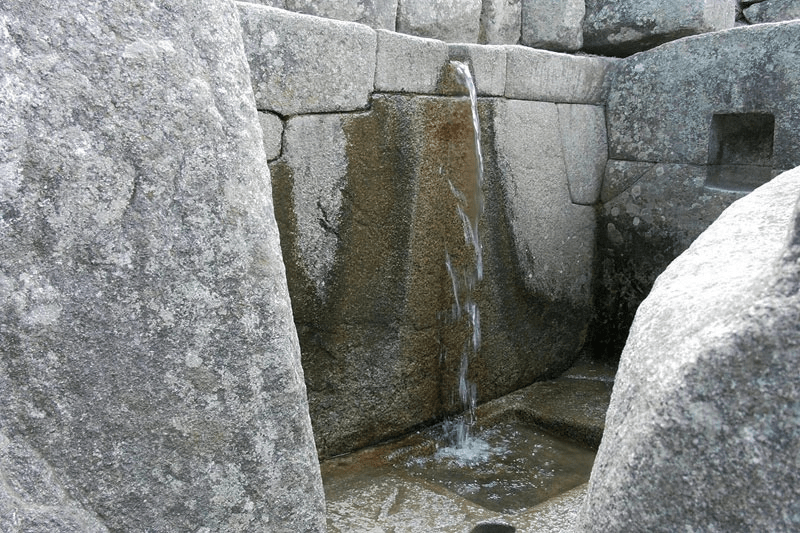 They are two round-shaped containers, carved in a natural outcrop of granite, similar to mortars, which is why this place is known as: "The Mortar Room", they are located on the floor of one of the enclosures of the Temple of the Virgins of the Sun. 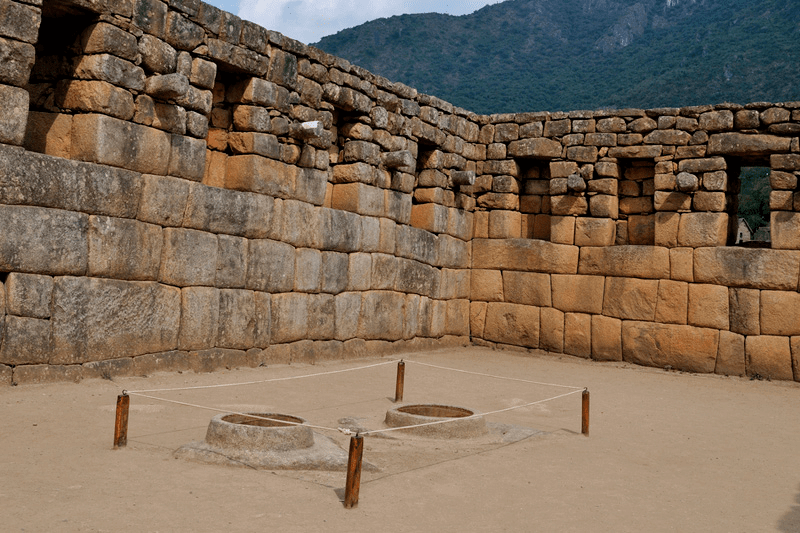 Pisonay or cinchona or cascarilla tree, which is located in the Plaza, which is a symbol that represents the riches of the vegetable kingdom in the national coat of arms of Peru, will be part of the 24 native species that will be planted in the next five years in the Historic sanctuary of Machu Picchu. 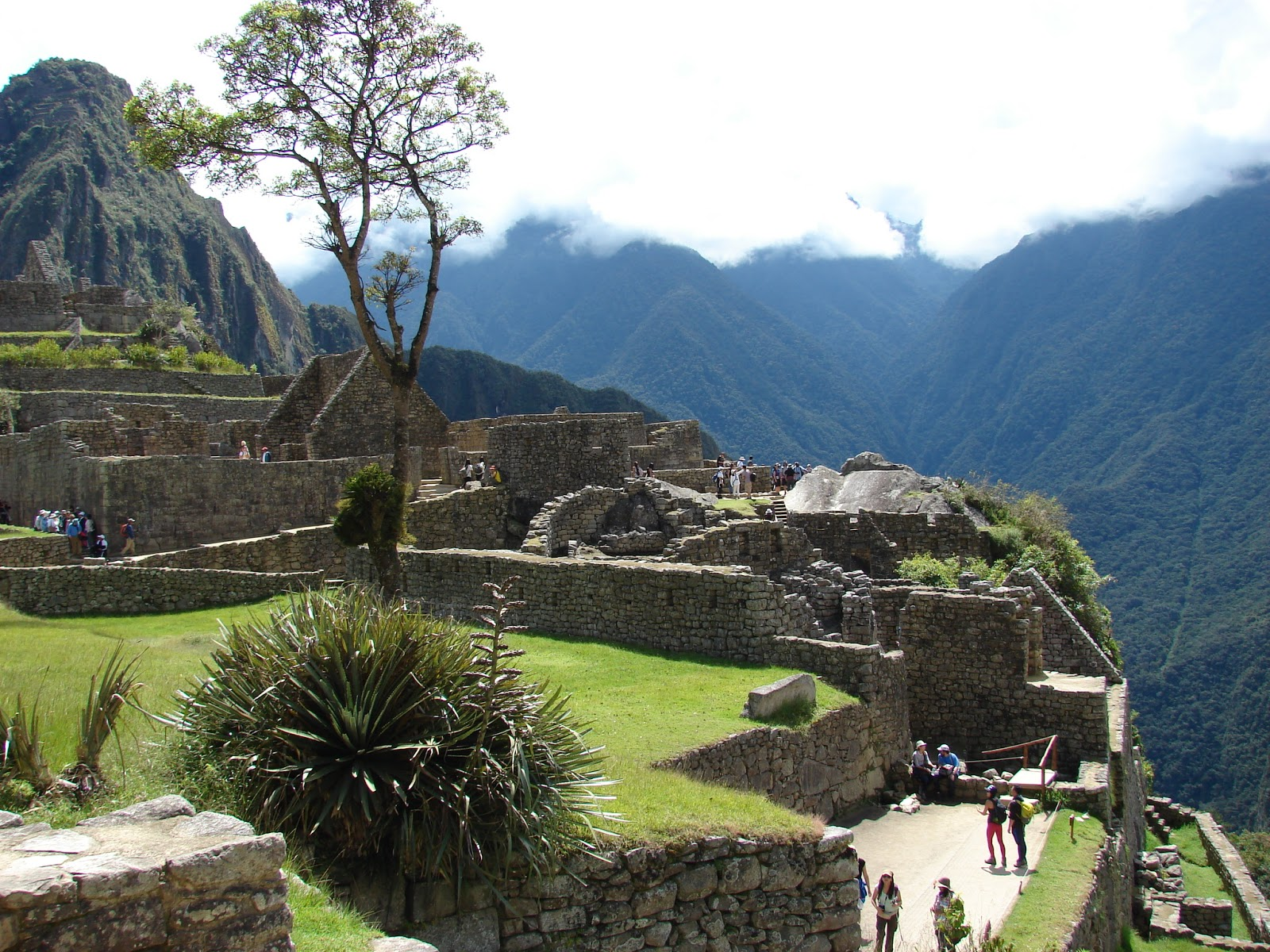 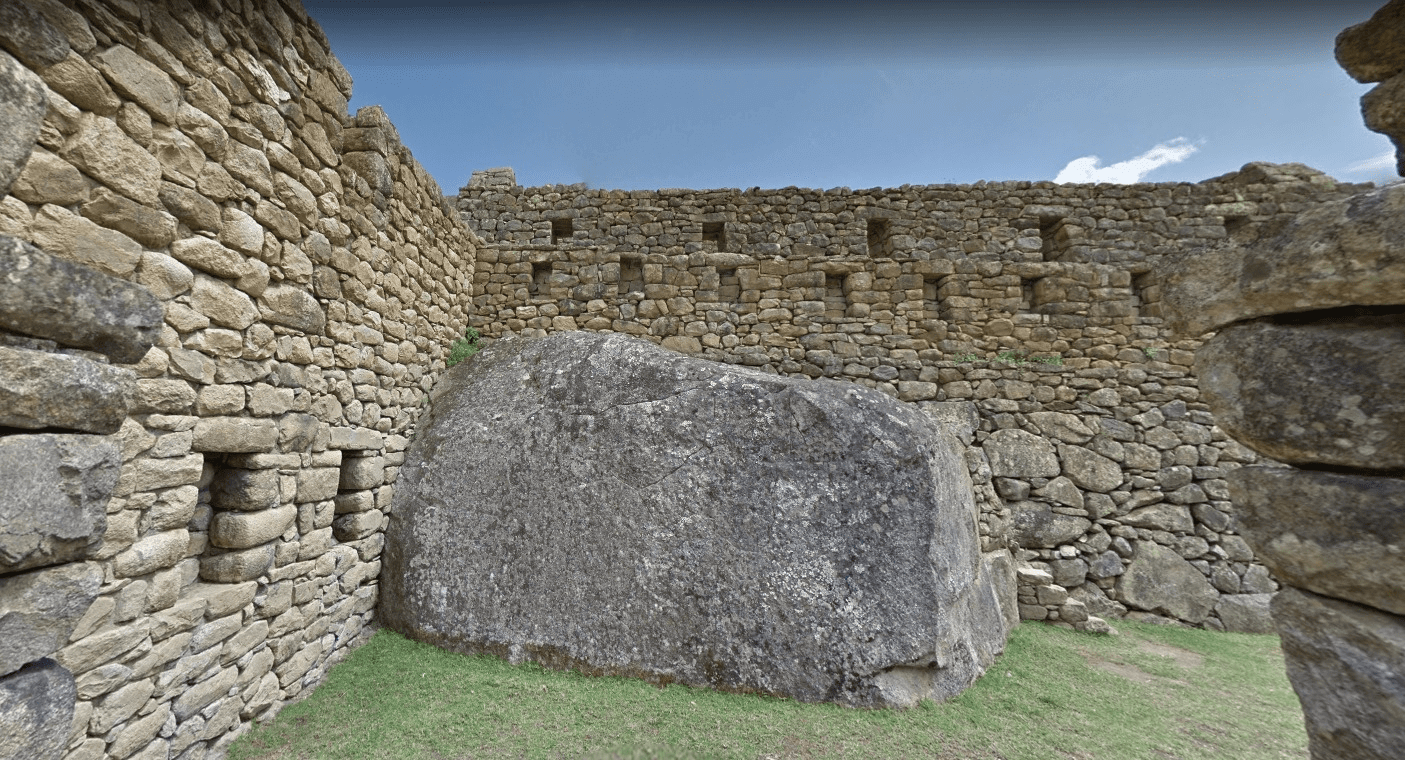